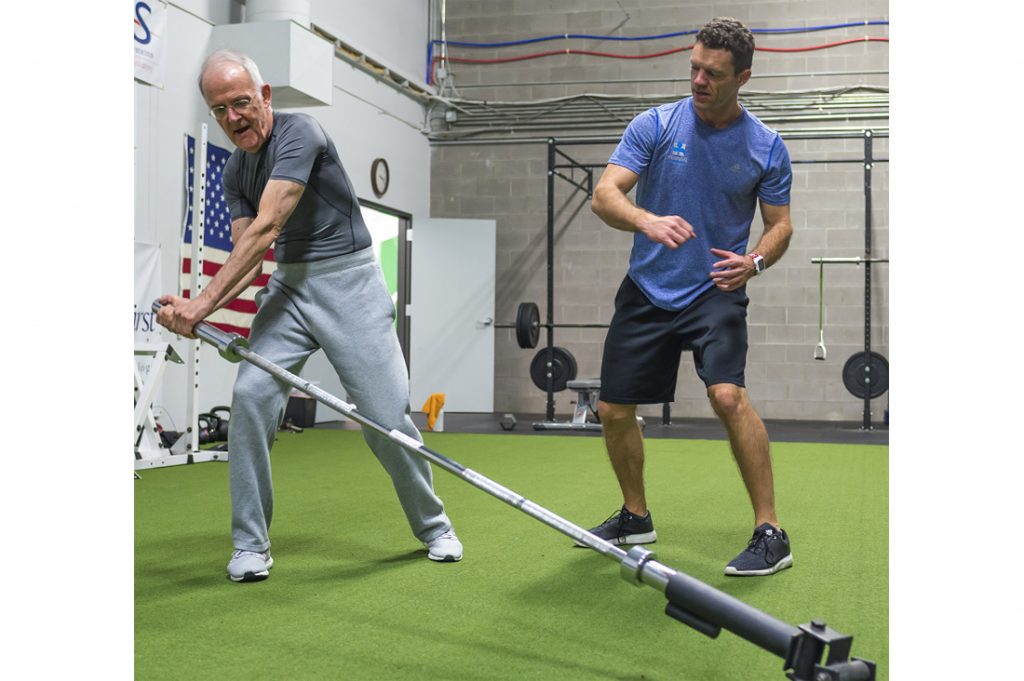 While visiting family in Kentucky, I worked out at a Louisville health club with an uncommonly complete, medically-grounded approach to wellness. Heuser Health’s fitness director, Chris Thompson, gave me the backstory.

Heuser Health has a different profile than most fitness clubs. Can you give me some background?
It is quite different, because it was started by a physician and general surgeon, Dr. Louis Heuser, who found his passion in helping prevent the illnesses he treated. In 2000 he started a clinic for youth and overweight people. He soon began working with other adults and athletes, too.

I started here as in intern in 2002, while I was finishing my graduate degree in exercise science. Back then the club was still relatively small-scale. Since then we’ve greatly expanded our facilities and our programs. Our club has two locations, and we also run ongoing, on-site corporate wellness programs for a number of companies in the area.

Is “holistic” a good word to describe your approach?
Yes, because we believe there are no shortcuts to fitness—there’s no magic pill. The only way to get long-term results is with a well-rounded, comprehensive nutrition and exercise program. We also address the body’s internal health, starting with an intensive diagnostic when people sign up, so we get baseline measurements and retest periodically. We’re now launching a complete care medical practice, too. Our hands are in many different areas of wellness.

How does your training model compare with that of others in the fitness industry?
We do a fair amount of personal training, but we’re not a typical gym, in that we don’t have people working out on their own. Classes are the predominant model here, and ours are unique because they’re designed to incorporate all the components of fitness in each session. We spend a third of the time on cardio intervals, a third on strength training, and a third on core work and flexibility. Each class is a total workout that elevates your heart rate and engages every muscle in your body. What’s more, we vary the workouts so much that if you want to, you can do them five or six days a week without overtraining.

Another difference is that our instructors are all highly qualified, with at least a bachelor’s or master’s degree in exercise science. One thing I don’t like about this industry is that anyone can become a trainer online, practically overnight. Those credentials give you no idea how to work with special populations.

“Seniors often progress faster than anyone other than a hormone-fueled teenager, because they’ve been inactive and their muscles are waiting to be challenged again.”

What is your approach to working with older members?
We have many members over 50 and a very strong seniors program. It’s advanced, but has several levels and can be modified for anyone. We always start by getting a thorough medical assessment and watching people move; it’s case by case.

Some of our older members have trouble going up even a couple of steps at the start. Knees, backs, and shoulders are the most common problem areas. If they can’t do a lunge, we’ll have them balance on one leg and kick forward, holding on to something if they need to. They will do squats, but with suspension, so they’re unloading some body weight onto TRX straps. If they have multiple issues or serious limitations, we’ll work with them one on one.

Others in that program are doing burpees, pushing sleds, throwing and slamming medicine balls—things that seniors are often considered too old and too fragile to do. Our experience is the opposite. Seniors often progress faster than anyone other than a hormone-fueled teenager, because they’ve been inactive and their muscles are waiting to be challenged again. Quite a few eventually jump into our regular classes.

What kind of equipment do you use?
While we use cardio machines quite a bit, we don’t rely much on exercise machines—although certain ones are good if you know what you’re doing, in that they help guide movement form and make it easy to adjust the weight.

We focus on bodyweight cardio and strength exercises as much as possible, paying close attention to form. The TRX system is used a lot here, because it requires the body to engage its core muscles with every move. We also use stability balls with many core exercises, which adds a little bit of instability so those core muscles really work. We’re also big fans of free weights. They recruit more muscles because you have to stabilize as well as lift the weights, plus you can work each side independently, so you can spot and address areas of weakness.

What’s the most important mistake to avoid in the gym?
Not having a well-rounded workout. People often neglect to balance the exercises they’re doing. They will do a pushing move, but not a pulling one. That’s how muscles get out of balance, and how many shoulder, knee, and back problems develop.

The rule here is that if you work a muscle, you’re also going to work an opposing one—that’s a real key. Most people don’t know enough about how to do that to be working out on their own. At Heuser Health, we do every exercise in the book, and a few more. That makes it more fun, and it’s better for the body, too.